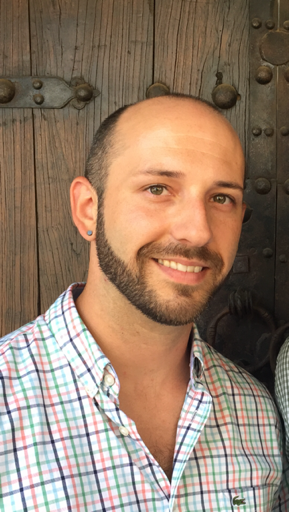 Steven Haynes, a former student in Communicating Ethically, described his participation in the Greensboro History Museum/UNCG Communication Studies Democracy Tables as an energizing tool for social change. He mentioned that although the main topic was about policing, the participants discussed other ideas and issues about injustice and inequality in the community.

Democracy Tables, funded by a grant from the National Communication Association’s Center for Communication, Community and Collaboration, and Change, brought together a diverse group of people to share ideas and pain surrounding things that are wrong in the community. Participants included college professors, students, as well as people who work as community liaisons for the police department.

Haynes saw that having people with these various backgrounds talk together was important to build genuine community and to see the vast differences in people’s experiences. Additionally, Haynes said the best benefit of Democracy Tables was the type of discussion featured, which was not argumentative at all. The discussion, he said, was more like a “refreshing dialogue” in the sense that the participants surfaced ideas, beliefs, and stories with one another.

Haynes explained that he personally experienced a sort of social discrimination in his life due to his identity and sexuality. Haynes identifies as a white gay male who is married to a black man. He found that participating in the Democracy Tables was helpful in being able to share his experience, and that of his husband’s.

Experiences of injustice are not new to Haynes due to his sexual orientation. However, when he married, he experienced an additional type of discrimination based on the race of his husband who is black. For instance, when they go out to walk or eat, they recognize how some people stare or say something under their breaths. Haynes and his husband decided to try a game or experiment to see how people would react to their different races. When they go to a restaurant, one of them checks in to secure a table. Sadly, Haynes has found that he gets a table faster than his partner. Haynes added that ​those kinds of injustices, which could be seen as “little bitty things” many people do not even think about, “can definitely dwindle someone who tries to strengthen himself.” Haynes knows he is not the only one who is affected by this discrimination.

A big concern, Haynes says, is that the community is not being heard sufficiently by those in positions to implement changes.  He emphasizes that the community’s voices should be heard, get attention, and receive responses for actions and change to follow. For Haynes, participating in Democracy Tables as well as related activities, and educating people about community concerns are important to making actual change happen in Greensboro and elsewhere.